Over the past couple of months we have been able to buy a few hundred board feet of 200-year-old American Chestnut beams, which were salvaged from a Maine barn built around 1820. This is amazing wood to have, both because of its age and history, and also because American Chestnut is a nearly extinct species. Once one of the most populous trees in eastern America, a virulent blight in the early 20th century pretty much wiped it out. So today, pretty much the only time you ever see American Chestnut is when it is reclaimed from old buildings, like this barn.

For more information about the American Chestnut, the blight that wiped it out, and modern efforts to re-introduce it, check out this Wikipedia article.

Think about this - these trees were 150 to 200 years old when cut down in 1820. That means they got their start as saplings as early as the 1620's... about the same time the Pilgrims were landing on Plymouth Rock, and 100 years before George Washington was even born. That is some history right there. All of the beams were hand hewn, with mortises and pegs driven into them. We kept every piece of wood left over from the saw mill, all of the natural surfaces, the hand hewn surfaces, everything - even the parts of the pegs that fell out of their hole.s

We have had the old beams resawn into 4/4 planks for necks and 12/4 slabs for further resawing into fretboards and other thin-stock products. This is an awesome treasure to have and we intend to make good use of it, both in the instruments we build in-house and also for sale as parts for our customers to use in their builds.

Being able to give a new, music-filled life to wood with this history and pedigree is really an amazing thing.

Here are some photos of the wood, starting with the barn it came from, then the beams, and finally the resulting resawn lumber. 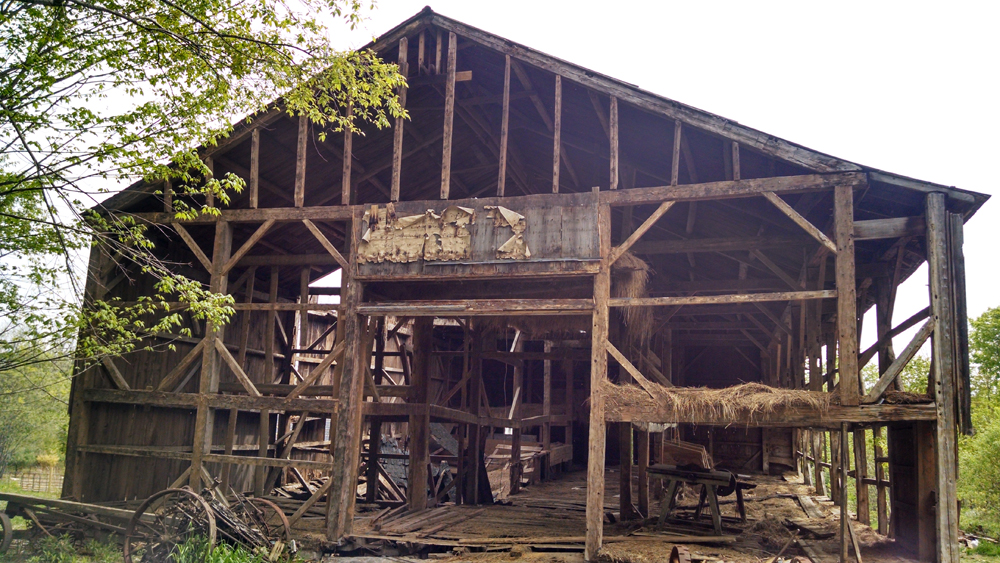 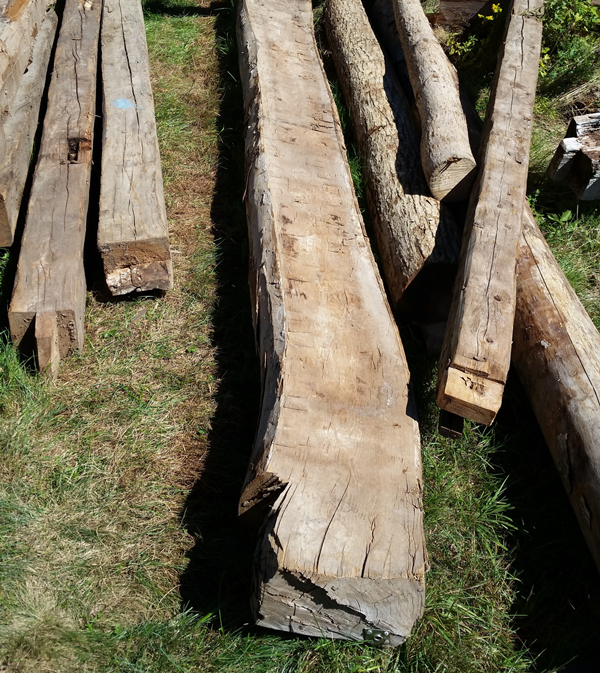 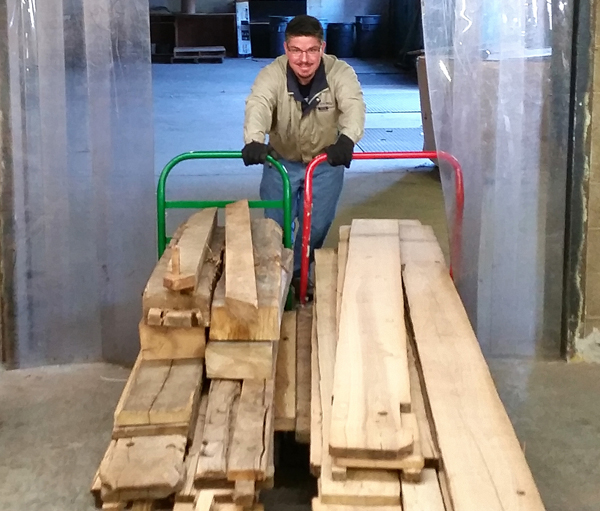