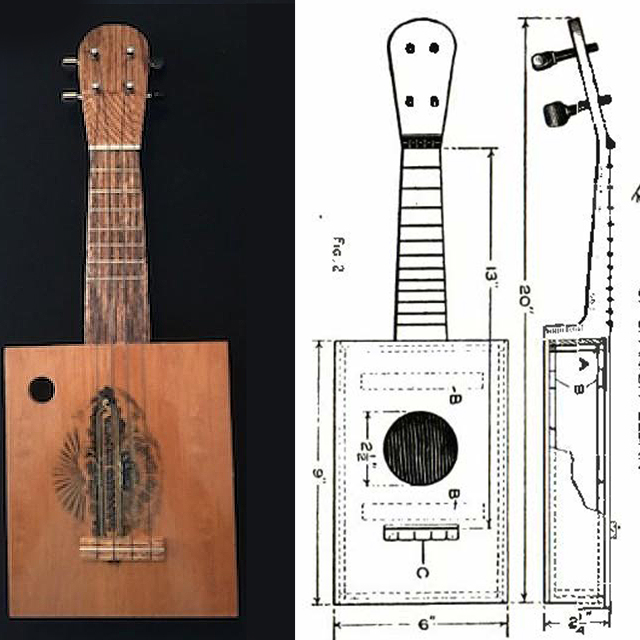 Follow the historic plans below to build this 1917 era cigar box ukulele.  Shown above, this recreation was made by "FloridaSon" of Fort Pierce, Florida, built according to these plans first published in 1917.

[I] wanted a ukulele so I found plans from the 1917 edition of Popular Science Magazine and made one. Things were different back then; the plans said frets could be made from any bits of metal lying around. The headstock angle is a scarf joint. The size is to scale but I used tuners, not pegs and real Gitty frets.

I changed the original hardwood nut to one of hard plastic. added a sound hole cover since this pic taken (plans called for a traditional hole in the center but I wanted to save the logo). Intonation and one fret a little off but if I remember to hit the sweet spot, it sounds pretty darn good. [It was] lots of fun. 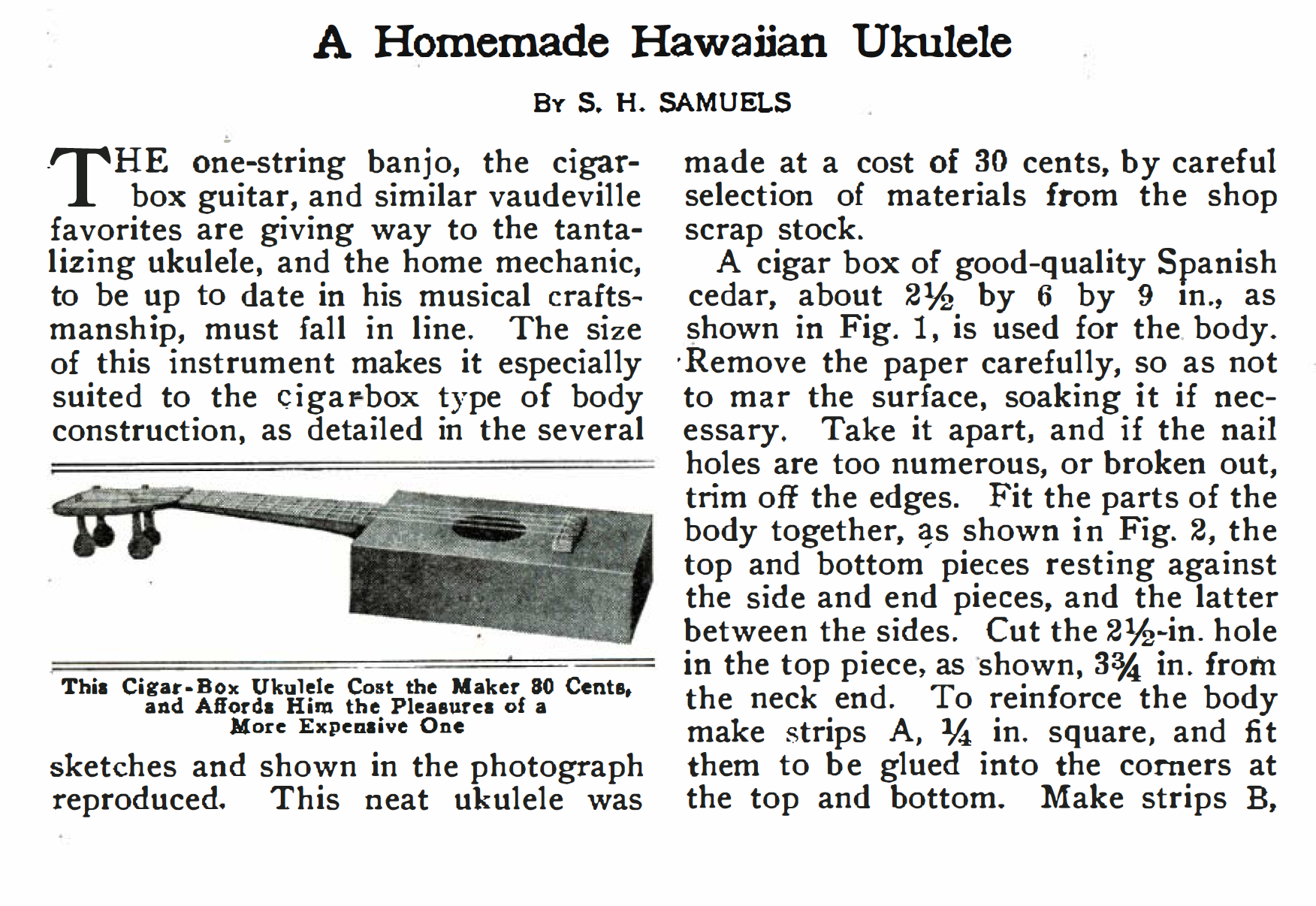 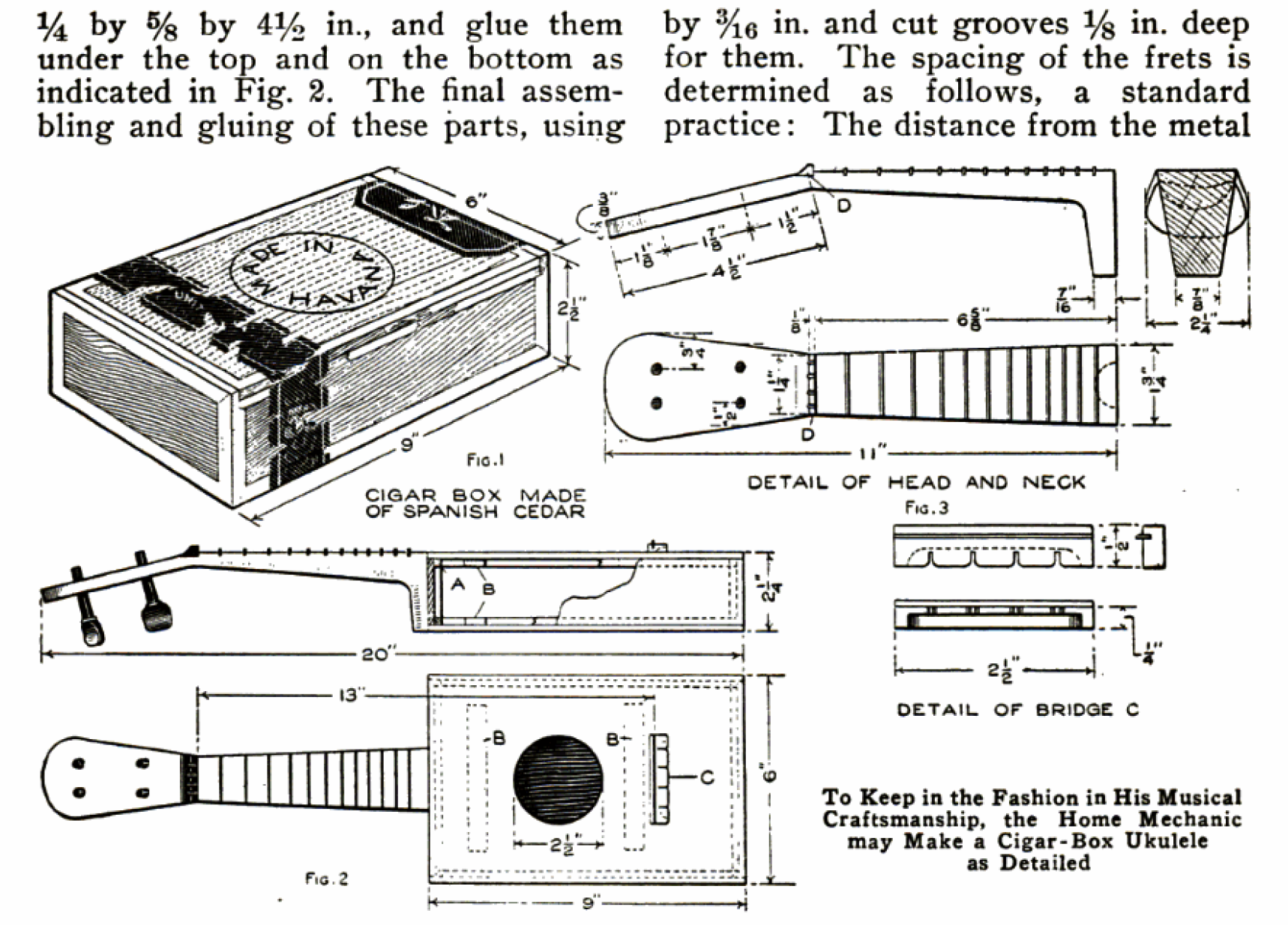 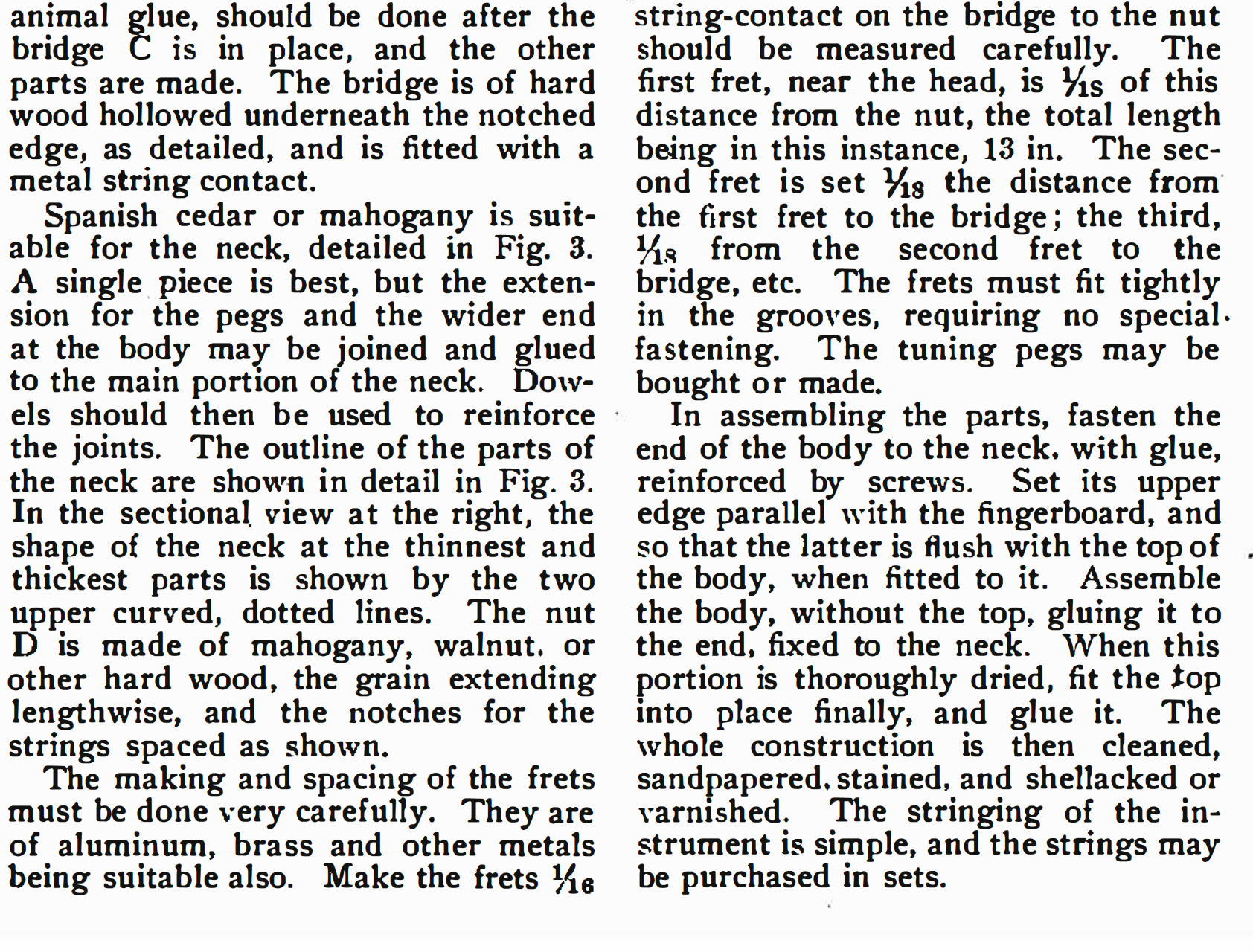 Side and rear detail of FloridaSon's 1917 Cigar Box Ukulele 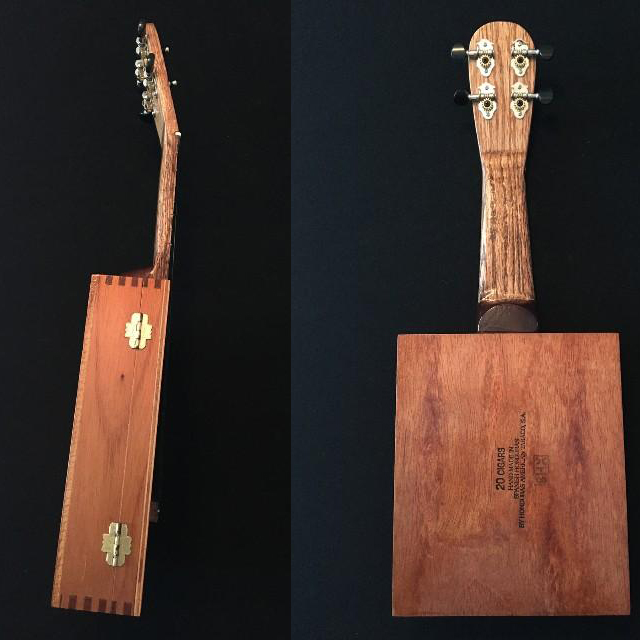