Veterans Day in the United States is fast-approaching. To celebrate those who’ve served in the U.S. military, we’ve got free tablature for you to learn bass lines to some patriotic tunes on your C. B. Gitty 2-string G-Bass.

After downloading these free tabs, your chest will swell with pride as you play the resounding bass parts to songs such as Battle Hymn of the Republic, Ballad of the Green Berets and of course, America the Beautiful. Plus, we’ve included a couple more authentic American tunes for you to keep playing that impressive 2-string bass you built, using the C. B. Gitty G-Bass kit, for many years to come.

Here we have the tab for America the Beautiful. Using a poem written by Katharine Lee Bates and music composed by Samuel A. Ward, America the Beautiful was first published in 1910. In it are references to spacious skies, purple mountain majesties, and an encouraging reminder of all that goodness crowned with brotherhood from sea to shining sea. America the Beautiful is a terrific display of those things that make the United States a proud, marvelous and united nation. 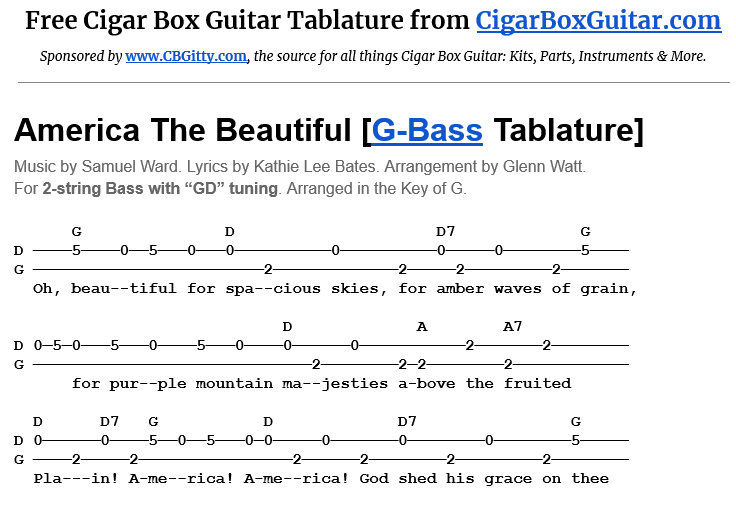 Next up is the Battle Hymn of the Republic, also known as Mine Eyes Have Seen the Glory. Set to the tune John Brown’s Body, another old-time American song, the lyrics for Battle Hymn of the Republic were written by Julia Ward Howe in 1861. Howe’s lyrics replaced the coarser words used in John Brown’s Body to become an enduring marching song from the American Civil War. 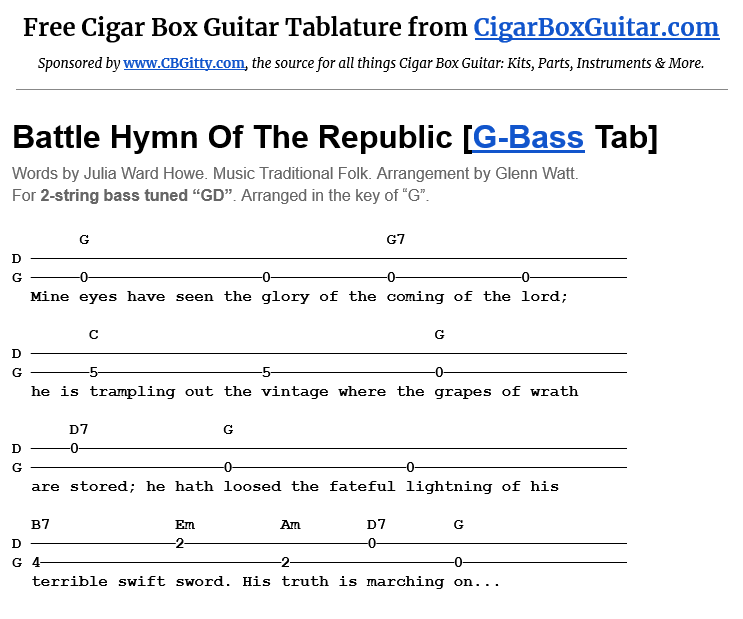 Written by, then Staff Sergeant, Barry Sadler, Ballad of the Green Berets celebrates the U.S. elite fighting force named in the song title. Ballad of the Green Berets, released in 1966, is one of the few songs from that tumultuous time to paint a positive picture of the U.S. military. As the song references a soldier dying, it acknowledges the pain and hardship of war, but it also extols the valor in service by passing it on to future generations. 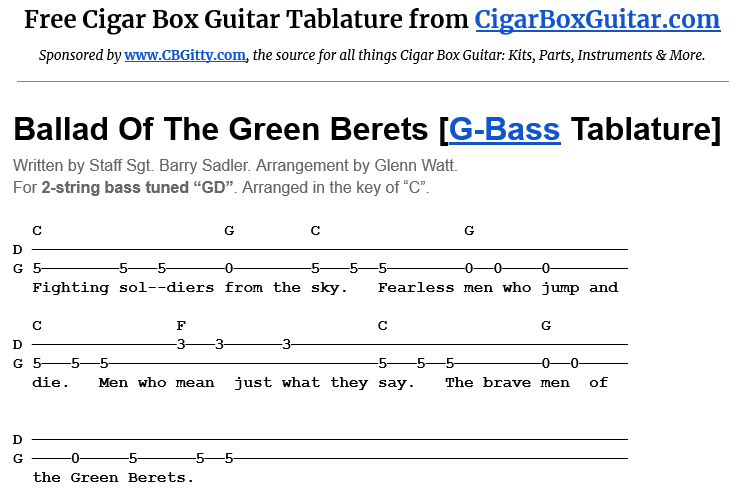 While not specific to celebrating U.S. veterans, following are two more proud American songs you’ll love playing on your G-Bass. This first song, Amazing Grace, is often played at memorial services honoring those who’ve paid the ultimate price in service of the United States. Filled with emotion, Amazing Grace rarely fails to bring a tear to a listener’s eye. 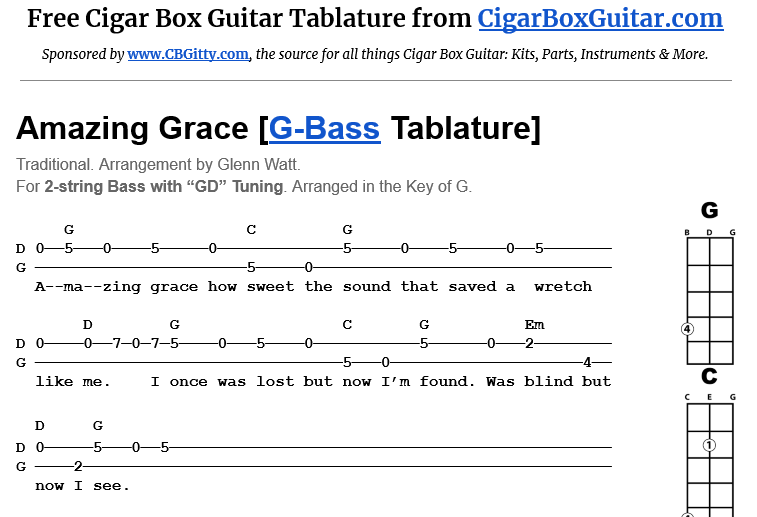 And last we have free 2-string G-Bass tab for Oh When the Saints (Go Marching In). This lively classic, initially more of a folk song, is included not only for being upbeat but also for being popularized by American jazz artists. The song is proud and courageous, just like U.S. military veterans. 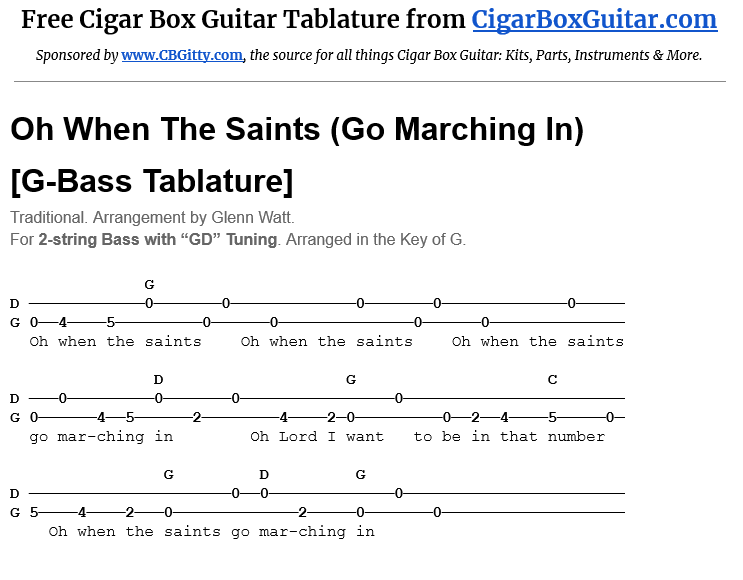 Now that you've got plenty of tabs to learn beautiful, patriotic songs, let's make sure you've got your G-Bass on which to play them. If you haven't already, get your own G-Bass kit kit to build a fantastic two-string bass guitar, perfect for the tabs presented here. Many customers have remarked how thoughtful and well put together the kit is, making it a breeze to assemble and get playing in no time. Read those reviews at the bottom of the G-Bass kit product listing here.

And no matter what, let us all remember those who've served in the military, protecting our way of life which includes the freedom to build and play these instruments we love. Happy Veterans Day to all U.S. military veterans.