Shane Speal's latest four-string cigar box guitar combines a wide array of CBGitty.com parts into an alternate-reality, retro blues machine.  Follow along as he describes the gumbo of parts, techniques and creative ideas behind it.  Here's a quick intro video highlighting the fantastic tone of this machine... 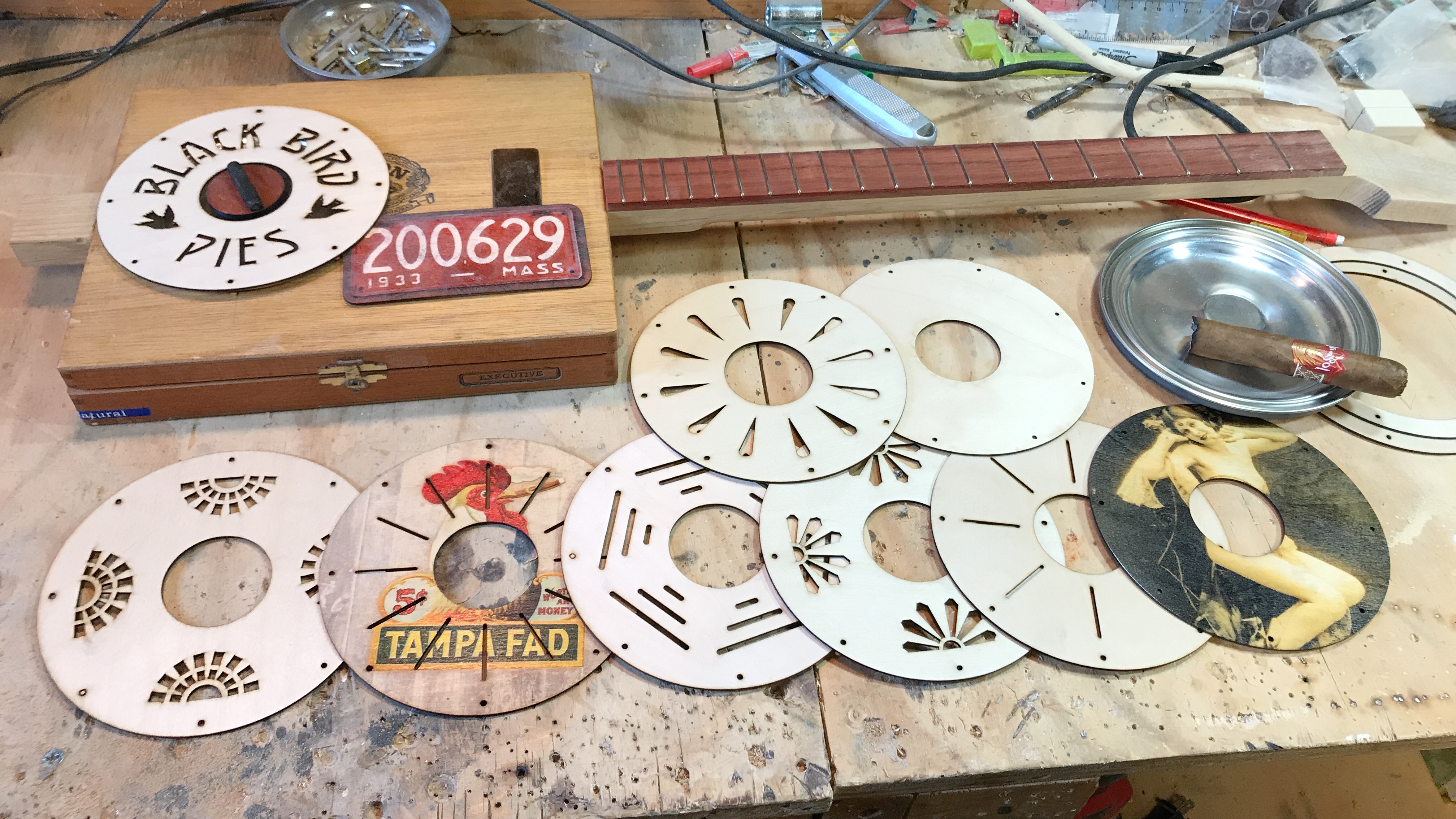 Above: A collection of CBGitty.com's resonator covers, displayed in front of the half-built Reso Electro.  A second Hubcap Reso Cone sits to the right, serving as my cigar ashtray at the moment.  The new CBGitty.com mounting rings are beside it.

When Ben "Gitty" Baker approached me about creating something with his new Hubcap Resonator Cone Covers and License Plate Pickguards, I jumped at the chance.  I've built guitars with Gitty resonators in the past and especially liked the combination of a resonator bridge and mini humbucker pickup.  The mixture of the two delivers a punchy blues tone that's percussive, a little brash and shorter on sustain.  This setup inspires a more rhythmic approach to my playing and songwriting.

When deciding whether the instrument should be three or four strings, I usually go with four on a resonator.  The metallic tone seems to favor a wider array of notes.  I also tend to think that if I'm going to take the extra steps to add a resonator to a cigar box guitar, I might as well get fancy and add the extra string. 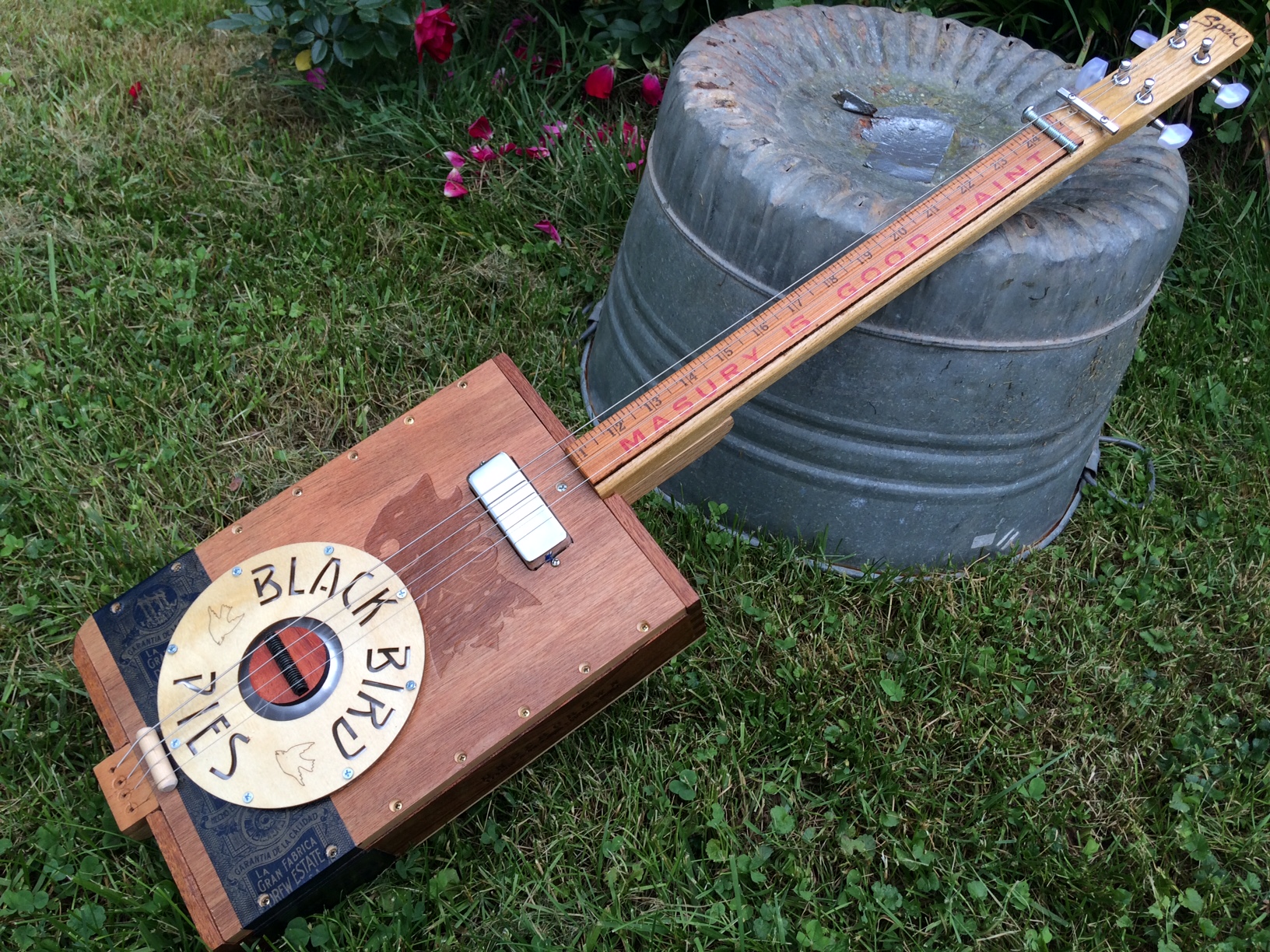 Above:  The instrument above features an Undercrown cigar box loaded with an earlier incarnation of the CBGitty.com resonator cone.  The guitar is loaded with a Snake Oil humbucker pickup and the Black Bird Pies reso cover. A fretless instrument with a yardstick fretboard, this is played with a slide.

Here's a quick video I made shortly after stringing it up in the woodshop.

Below:  The resonator cigar box guitar below was detailed in my book, Making Poor Man's Guitars (get a copy here).  I loaded it with a CBGitty.com paint lid, a modified early-version Radial Fan cover and a Gittybucker-style pickup.  It's also fretless and played with a slide. 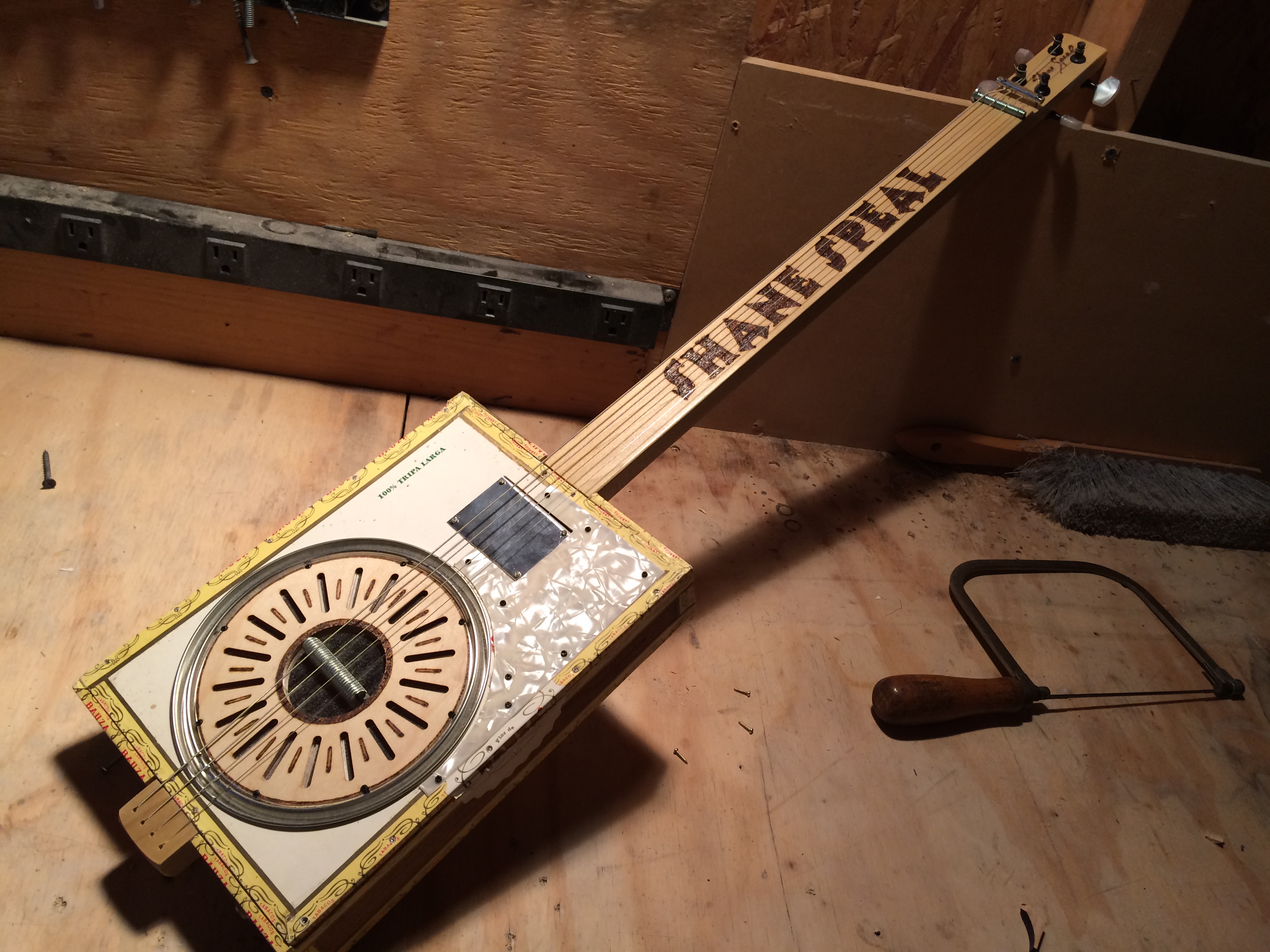 As a self-admitted parts hoarder, a few of the items in this project are several years old and no longer offered in the CBGitty.com catalog.  I've listed substitute parts next to the original parts used. 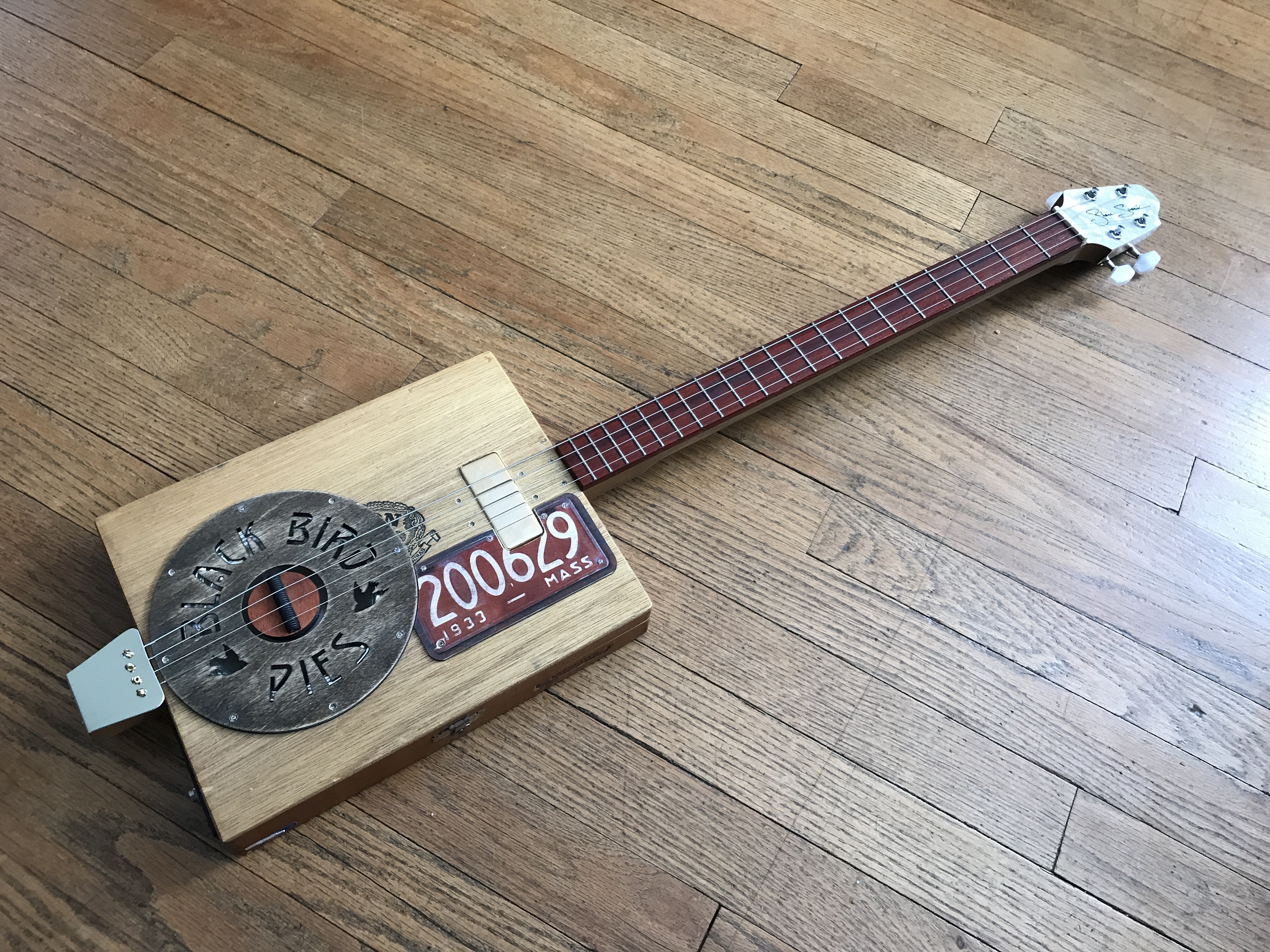 Now let's dig in to this project.  Watch as I show some of the parts used follow along as I plan the layout and overall design: