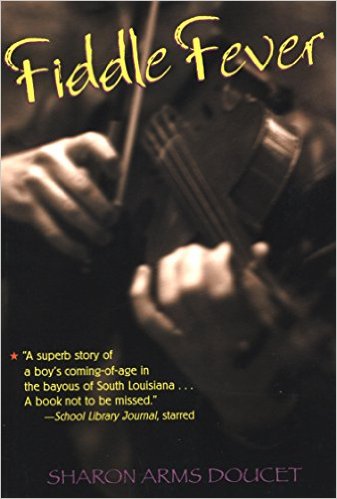 Plunge into the world of the early 1900’s Louisiana bayou, where a fourteen-year-old cajun boy named Felix struggles to find a way to let out the music in his soul. After experiencing his uncle play the fiddle at a house dance, the “Fiddle Fever” catches hold of him and doesn’t turn him loose. Thwarted by his mother in wanting to learn to play the fiddle, and even from mentioning the word in her house, he does the only thing he can… with the help of a friendly shopkeeper, he decides to build his own.

“But then he leaned over the counter and said thoughtfully, ‘You know, when I was a boy, I knew a fellow who made his own fiddle. Out of a cigar box. You ever think of that?’”

Go along with Felix through his painstaking efforts to build his fiddle. Monsieur Vidrine, the local shopkeeper, gives him an empty cigar box to start him on his way. Some pages torn from the Sears & Roebuck catalog, and a fleeting study of his uncle’s fiddle, provide the plans. He finds a suitable plank for the neck and begins carving it by hand, in secret late at night, with his penknife. He struggles to find suitable strings - Monsieur Vidrine helps out again by suggesting screen wire, and cuts him a thin strip of screen to try. Later, he spends all of his money in the world - fourteen cents, on spools of thread to make his bow. Finally, after weeks of work, and a hard discovery about the importance of bracing, he finishes his build and begins learning to play.

“A giddiness came over me, a lighthearted joy that I’d never felt before. There was the possibility of music in this cigar box, a possibility that hadn’t been there before I put it in with my own two hands.”

The book’s author, Sharon Arms Doucet, is a professor, novelist, and writer of children’s books, and is the wife of Michael Doucet, famed fiddler, and musicologist specializing in the “cajun” music of Louisiana. From her own studies, and through working with her husband, she is a recognized authority on cajun music, history, and culture. And all of that comes through in this work.

Written for adolescent readers (Grades 4 - 8) in a fairly simple form, this story nonetheless deals with some deep themes: the driving need for freedom and individual expression, a teenage boy struggling with his parents’ rules and the sedentary life on a farm, long family histories and hard feelings amongst relatives, social inequality, and more. It also offers a poignant glimpse into what life was like in that extraordinary place and time. 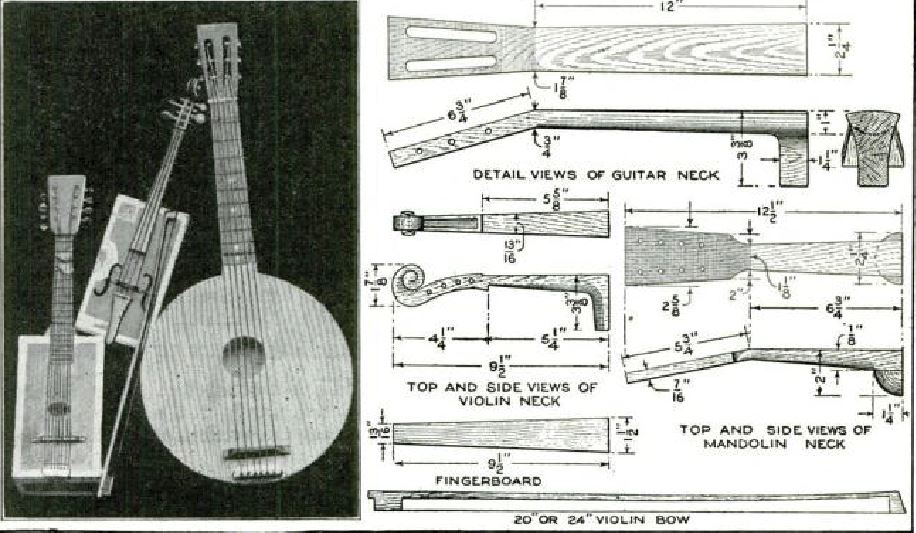 It is worth noting that the story of Felix and his cigar box fiddle is based on the true story of Canray Fontenot, who in his own youth built himself a cigar box fiddle. He went on to become one of the most highly famed cajun fiddlers of all time, and he never forgot his humble beginnings. From the author’s forward:

“Canray’s family had no money to buy him a fiddle, so he set about making one from a wooden cigar box. He used sewing thread instead of horsehair on the bow and screen wire for the strings. He learned to play his fiddle so well that his uncle finally gave him a real fiddle.”

Learn more about Canray Fontenot and his cigar box fiddle.

This book is a “must-read” for anyone who loves cigar box fiddles, guitars or other homemade instruments, or cajun culture… or just loves a good story. Particularly meaningful is how the author skillfully distills what is so poignant and intrinsically unique about building your own instrument and coaxing music from it - that special joy a builder feels when he or she finishes an instrument, strings it up and gives it that first strum.

“The song came out of the tips of my fingers and out of the hairs on the bow and out of somewhere around the middle of my chest. My little fiddle did its best to throw its music out for all to hear.”

So buy or borrow this book and give it a read. Even better, read it to a younger person in your life. Better yet, try your own hand at building a cigar box fiddle or guitar (there are a ton of free plans on CigarBoxNation.com).

Our focus at C. B. Gitty is on growing the entire homemade music movement, through everything we do. This has become my core personal mission and life's work: to spread the word that anyone, anywhere can build their own instrument and make music on it. 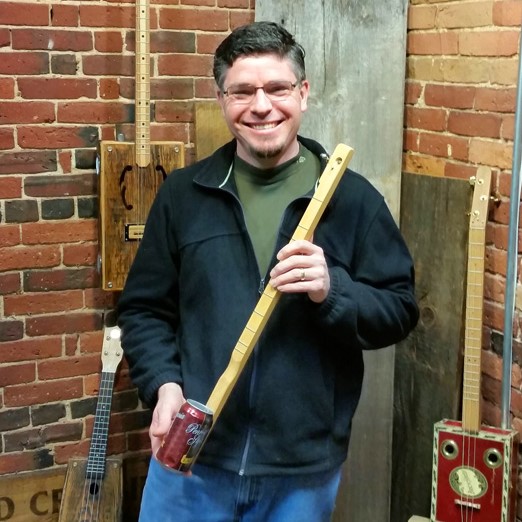 The Canjo that Started it All - How C. B. Gitty Crafter Supply Got Started

The idea of crafting musical instruments out of everyday objects had never occurred to Ben until a friend gifted him a canjo found in Tennessee. And the rest is history.

Click here to read about how C. B. Gitty Crafter Supply got started.