Every once in a while, a certain guitar will stop you in your tracks.  The human mind recognizes genius, whether in the parts choices, shape, or overall design.  Michael Copado's Humo Barnwood Guitar pegs the genius meter on all these things.

In a recent post to the C. B. Gitty customer submission page, Copado detailed the entire build of this guitar, from parts used to the inspiration gained from Shane Speal's The Partscaster Cookbook.  Here's the process he used to create this folk art masterpiece. 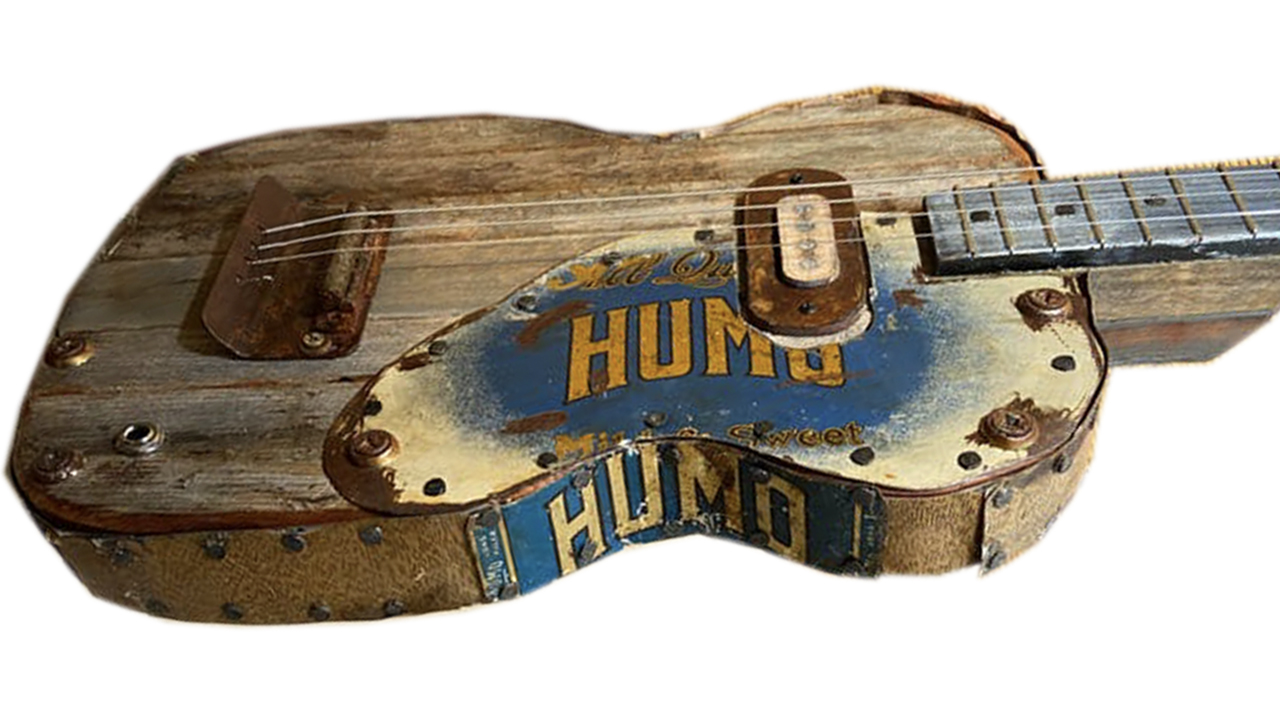 I've recently become interested in building and playing 4 string tenor guitars, as well as making some solid body electrics out of barnwood and other reclaimed wood.

I wanted a shorter scale 4 stringer, and was looking at the gitty website for inspiration and saw the 23" Tupelo Tenor and used that as my inspiration. I was doing some reading of the descriptions of the various pickups on the site and the 4 pole Electric Delta seemed like it would have the right sound for this instrument (it does.)

1.  The body started out as several 1x2 and 2x2 strips of reclaimed barnwood I picked up in the winter. I cut the pieces into 13" lengths. I put out a piece of poplar for the neck and laid out sets of 3 strips for the top "wings" until I had two sets of strips that looked good together then did the same for the wider pieces for the bottom half. I then glued each set together.

2.  I laid the sections back with the neck between them and cut a piece of posterboard to the size of the body, and sketched out the curves for the body, the cut each wing out with my bandsaw. 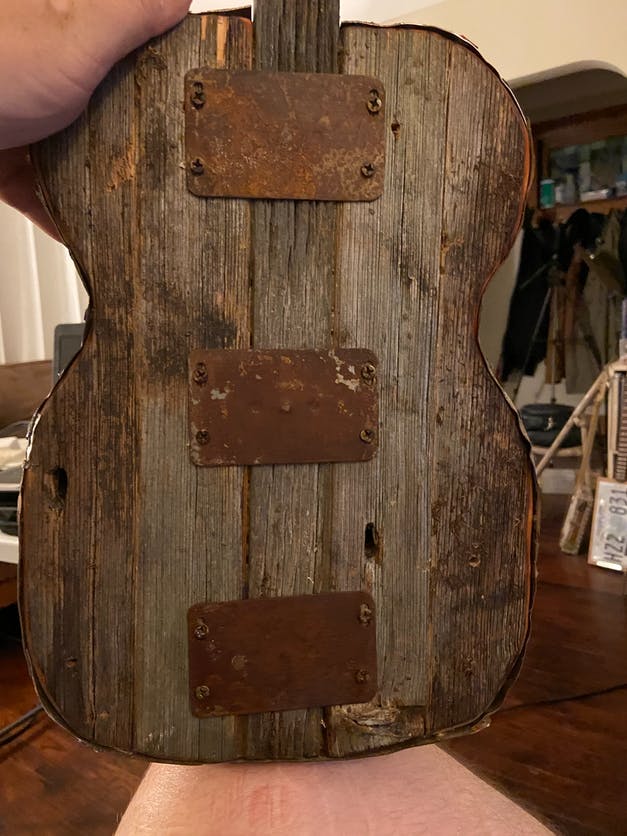 4.  I weathered the though neck to match the body.

5.  The fretboard is 100 year old lath from the house next door. The fretboard was given a chalk painting technique to match the blue on the pickguard.

6.  All the metal including the homemade tailpiece/bridge started out as shiny metal and a rusting solution of vinegar/peroxide and salt was sprayed on everything. 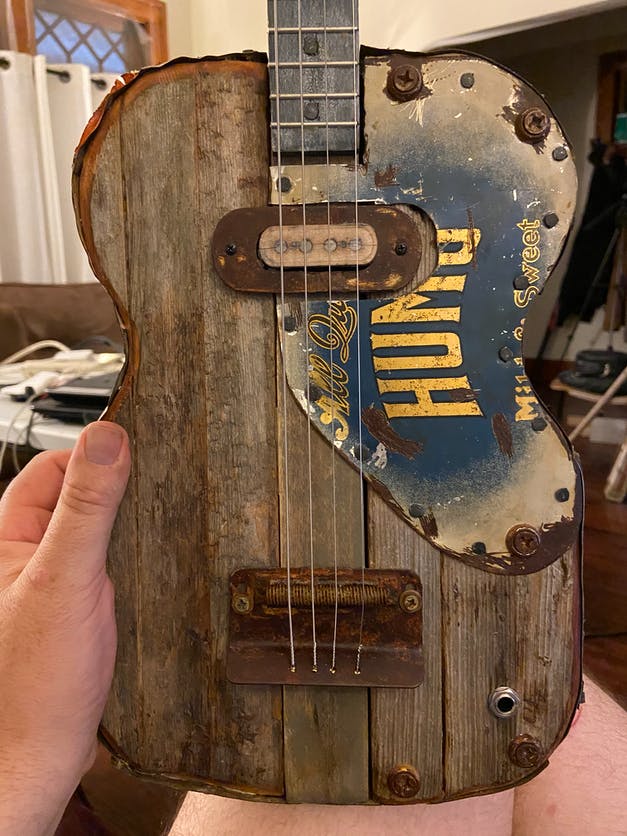 7.  The silver soldered tailpiece/ bridge was based on an idea Janis Wilson Hughes shared with the Friends of CB Gitty page.

8.  Just as I began to build it Shane's "The Partscaster Cookbook" was announced and I ordered it immediately and it came along with the four string Electric Delta pickup, Tupelo Tenor string set and Tombstone tuners. 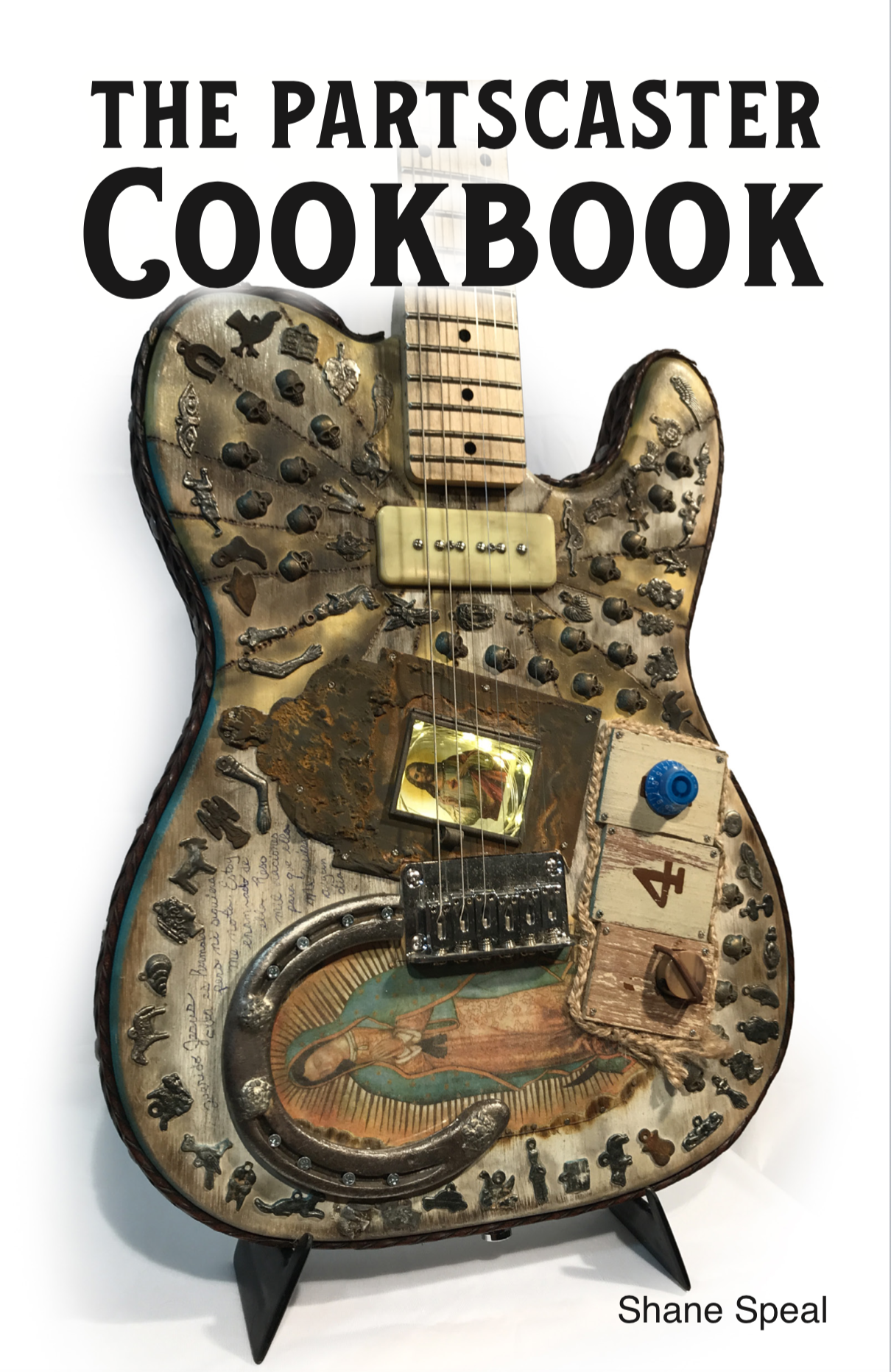 9.  As soon as I devoured the book I knew I needed to do something special for the pickguard and some sort of "binding" to hide the two layers of body.  A 1950's vintage tin Humo Cigar box (I didn't know when I bought it off Ebay, but it was from a now defunct Cigar Factory here in Detroit) was sacrificed for the pick guard, side "binding" and headstock decoration. 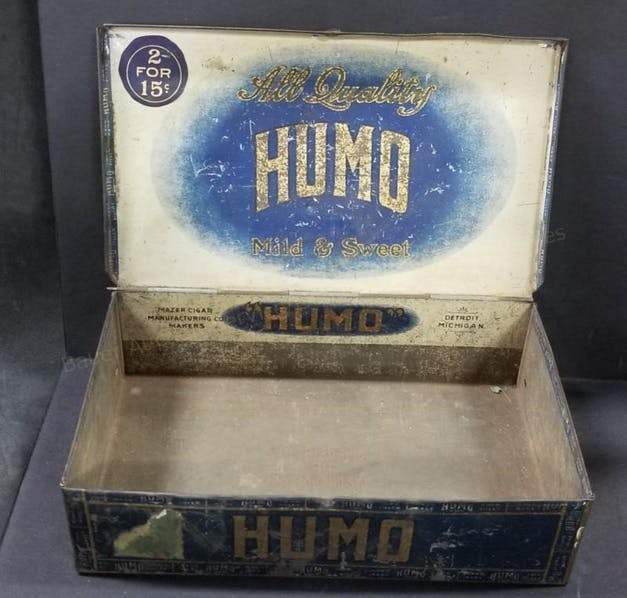 10.  The box was in decent condition so I scratched and sanded bare spots in it and sprayed it with rusting solution to give it more age. 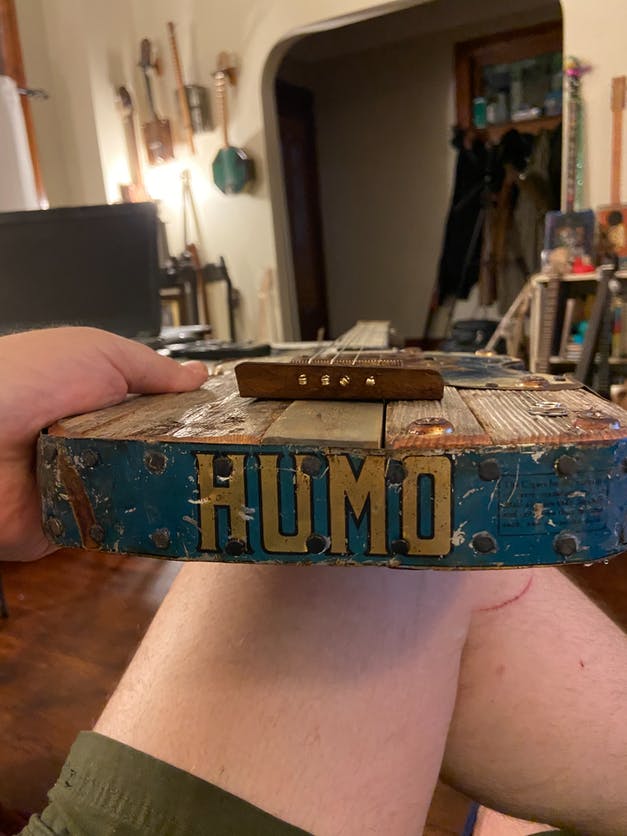 11.  86 carpet tacks were used to secure all the tin pickguard and "binding" around the body.

Overall this was one of the most challenging builds I've done so far, but it's also been the most satisfying. It looks awesome, feels great to play, and sounds amazing. 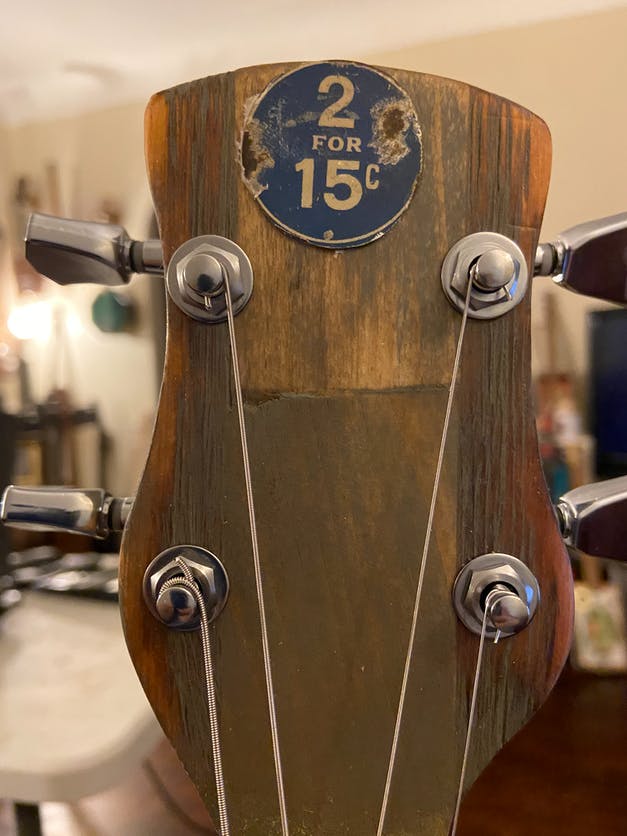 It's also inspired me to do a few more like this. I just ordered a couple lots of tobacco tins of various sizes which I intend to use as pickguards and bindings on a couple more just like this including a electric resonator. 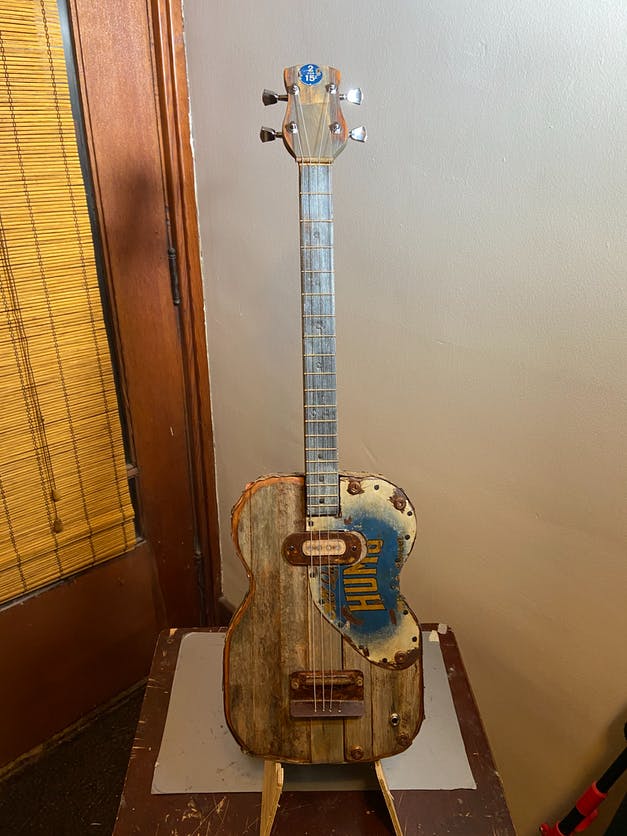